What Are Distributed Enterprises and Why Are They Important?

Distributed enterprises are one of the hottest trends right now. But they’re more than just a passing fad: they’re set to become the best way to do business in the post-pandemic world. 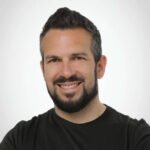 Ever since the pandemic started, the notion of distributed enterprises has slowly but steadily crept into the spotlight. That’s because this model is proving to be the best way to tackle the post-pandemic challenges. Increased agility, widened talent pool, enhanced productivity, and many other benefits are already convincing many companies to switch to the distributed approach.

Yet, there are many executives that are reluctant to make the jump. The distributed approach might be very beneficial but implementing it can be challenging. What’s more, adopting it forces businesses to make significant changes to their operations, infrastructure, and even their culture. It’s no wonder that many don’t want to even consider distributed work!

What are Distributed Enterprises?

First things first. Distributed enterprises are companies that have embraced the hybrid approach to work with a distributed twist to it. There are 3 important components in these businesses:

Let’s dissect that definition. A distributed enterprise differs from a traditional company in that it adds remote teams across different cities, countries, or even continents to its full-time staff. Additionally, they also have an in-house team that might work on-site on a full-time basis or only partially. Finally (and I left it for last because it’s an optional characteristic), these enterprises might have a central office and several remote or branch sites that may or may not have IT staff and networking facilities.

Take BairesDev as an example. We have team members that work in our headquarters but we also have full-time team members that are fully remote and work from their homes. We have support offices strategically located across the USA and Latin America that boost our operational structure and empower our distributed members in different ways.

Most importantly, we have developed our own working methodology that puts an emphasis on collaboration and corporate culture, which allows us to build stronger teams that feel closer together even when they’re working from halfway across the world from one another. That’s one of the keys of distributed enterprises.

Why are Distributed Enterprises Important?

From what I told you so far, you might be under the impression that distributed enterprises are just another valid way of doing business in the modern world—and that’s true to some extent. However, I believe that distributed enterprises are the best option for businesses moving forward. That has to do with a couple of terms that we’ve been talking about a lot lately: flexibility and resilience.

By now, you probably have heard about the importance of being flexible when doing business. The idea is fairly simple: a flexible company can better adjust itself to ever-changing scenarios and better face unforeseen challenges and disruptions. Basically, flexible companies can adjust their operations, staff, and infrastructure on the go to meet new demands or unpredictable events. That way, they can keep doing business as usual even in the face of the direst situations.

As for resilience, I’ll share a quote from Nacho De Marco, BairesDev’s CEO, who brilliantly tackled the importance of becoming resilient in today’s day and age (sorry for the long quote, but I think Nacho really nails it here):

“At its core, resilience is about having enough strength to face volatile situations and enduring in spite of them. But surviving isn’t a sound business goal for the long term, because you can’t expect to grow a business just by reacting to the obstacles that come your way. Thus, it’s highly important to start addressing the other part that makes up a resilient business, the one that should appear after protecting itself from unexpected adversities: the ability to reimagine business to stay ahead.”

Nacho is spot on when he says that resilience is more than just surviving but also about having the ability to reimagine one’s business. Throughout the pandemic, people discussed resilience as if it just were a coping mechanism, nothing more than an emergency mode. But being resilient isn’t that. Resilience is a durable trait that seeps into a company’s business approach. It’s a way of doing things every single day and not because of an emergency.

Flexibility and resilience are 2 terms that go hand in hand because they’re intimately connected. Having flexible operations and teams allows you to better adjust to unforeseen circumstances while still having the ability to deliver. That flexibility brings change, brings the ability to reimagine how your business can deliver in a new landscape, disrupted by whatever you might be facing. That ability is resilience.

Now, you might be asking “what does any of this have to do with distributed enterprises”? Certainly a lot! By adopting a distributed model, a company no longer depends on a centralized office, infrastructure, and team. Instead, it relies on a larger network of professionals who, in turn, leverage regional nodes strategically located across different cities, countries, or regions.

While that may seem like too little, the reality is that having a decentralized approach is a huge benefit for businesses. Distributed teams bring the best of in-house and remote teams while also providing plenty of advantages, including:

And that’s just mentioning the benefits for companies. People working for distributed enterprises also have benefits, including the possibility to pick where they work, a better life-work balance, and even an improvement on overall well-being. All of these benefits highlight why Gartner has included distributed enterprises as one of their top strategic tech trends for 2022—because fully embracing a distributed approach today can prove to be crucial for companies in the post-pandemic world.

Digital Transformation and the Future of Work

Here at BairesDev, we said time and time again that digital transformation is the only possible way forward. It’s no surprise, then, that this all-encompassing process also plays a major role in becoming a distributed enterprise. That’s because digital transformation brings the necessary technologies to empower such an approach.

But that’s not all. Digital transformation isn’t just about adopting new technologies. It’s also about changing the way companies do things. Digital transformation pushes people into accepting new operational mindsets and methodologies, thus generating a new work paradigm. Throw in the increasing requests from employees about flexibility and work-life balance, and you’ll quickly understand why distributed enterprises are becoming so popular right now—and why they are called to be main protagonists in the future of work.