Latam: An Attractive Region for Outsourcing With tech hubs forming across the region, Latin America is a prime destination for software outsourcing. Though India and... 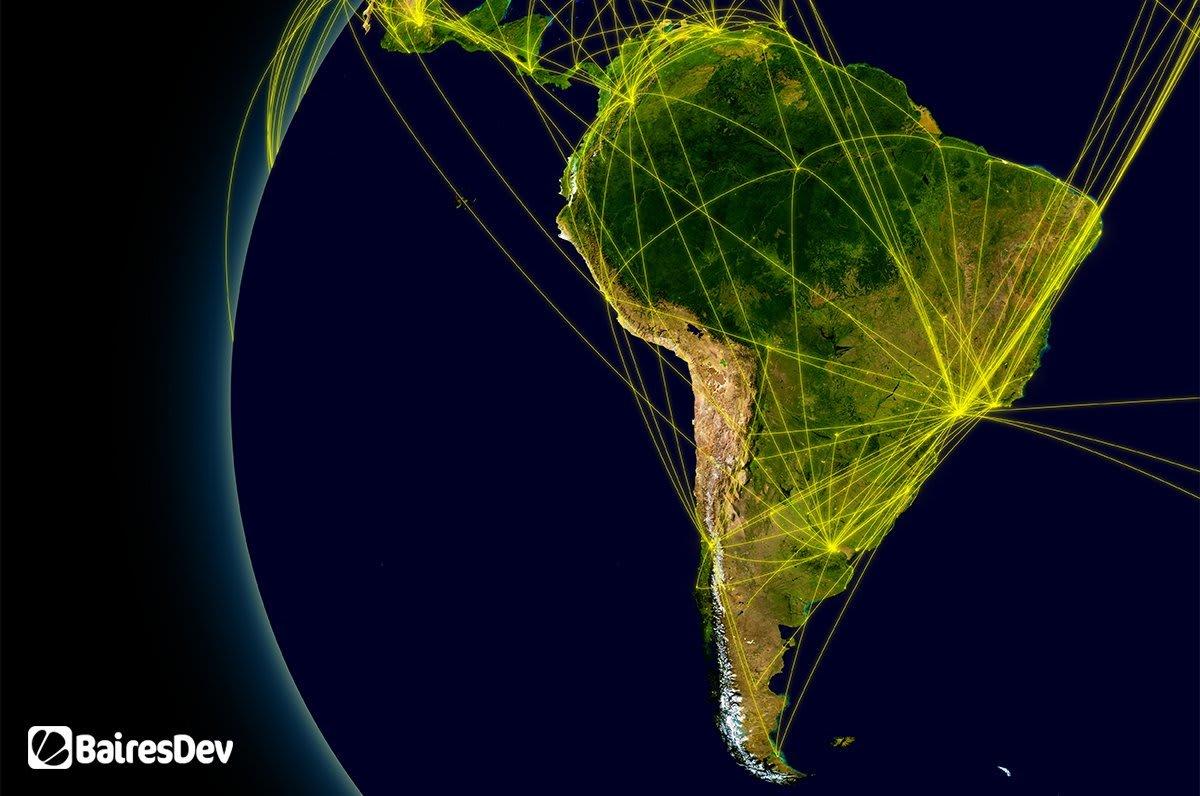 Latam: An Attractive Region for Outsourcing

With tech hubs forming across the region, Latin America is a prime destination for software outsourcing. Though India and Asia are still popular outsourcing destinations, organizations realize the many benefits of working with Latin American-based outsourcing companies, and as a result, are moving their work there. Many large companies are looking to outsource software development to Latin America to expand their businesses globally while also cutting costs, getting to market faster, and mending internal skills gaps.

Here’s why your startup should consider outsourcing your software development to Latin America, too.

All companies want to keep costs low, which is why outsourcing software development is an attractive option. According to Mark Growth, “46% of startups that fail do so because they run out of money,” and almost a quarter of all new companies choose to outsource to save some money.

Accelerance released the 2017 Guide to Global Software Outsourcing Rates which revealed the cost of various technical positions around the world. Compared to North America, the costs in Latin America are drastically lower.

For startups looking for cost-effective solutions, Latin American developers keep costs down without sacrificing the quality of work.

Implementing agile and lean methodologies is a key strategy for startups when it comes to development project management. Agile development is a popular methodology in outsourcing hubs throughout Latin America. Because the local developers are agile workers, they can communicate effectively with your startup and help you solve problems creatively.

Startups tend to operate with flat team structures and need developers who are flexible and can run with ideas with little direction. Outsourced developers are more likely to be self-sufficient and able to manage tasks independently. By working with developers in Latin America, your startup can build up a results-driven and cross-functional team with minimal capital and need for micromanaging.

Latin America’s tech talent is capturing the attention of many global tech companies. Most recently, Amazon Web Services (AWS) set up a new office in Argentina – adding to existing offices in Brazil, Chile, Colombia, and Mexico.

Working with software development teams in Latin America has proven successful for startup giants Wizeline and Facebook as well. Since the beginning of 2017, Wizeline has partnered with over 30 Latin American firms. The Director of Google’s São Paulo campus, André Barrence, said Google’s new strategy focuses on creating an atmosphere for innovators to thrive in Latin America.

These are just a few examples of how successful companies are latching onto Latin America’s incredible tech talent and show other companies how beneficial it can be to team up with tech talent in the region.

Many countries in Latin America are global leaders in English proficiency, including Argentina, Chile, Peru, Ecuador, and Mexico. This is helping the region stand out a key hub for software development outsourcing.

According to the EF English Proficiency Index 2015, many Latin American countries — including Peru, Chile, Ecuador, Mexico, and Brazil — have also surpassed China in English proficiency.

The report also found that Argentina was home to the most proficient English speakers in Latin America.

The younger generations in Latin American cities learn English from an early age. There is a large talent pool in Latin America for programming and IT work, and many Latin American professionals work in technological industries remotely with companies in the United States.

As a startup, you may want to visit your outsourcing partner at some point, and most Latin American cities are far easier to get to than India or other countries in Asia. For example, the tech hub Guadalajara, Mexico is just a four-hour direct flight from San Francisco. What’s more, most of Latin America is on the same time zone as the U.S. or just one or two hours ahead of Eastern Standard Time, depending on the time of year.

Eduardo Araujo, Vice President and General Manager of HP Enterprise Services, notes, “There is a very flourishing market for outsourcing in Latin America partly because it’s on the same time zone as the rest of the Americas, so it’s a natural connection.”

Latin American-based developers can offer real-time support to US companies looking for a close relationship and the ability to collaborate easier with their outsourcing partners.

Latin America’s high-caliber tech talent is attracting many U.S. startups to work with development teams across the border. Thanks to cost-effective rates and ease of collaboration due to language and proximity to the U.S., Latin America is an ideal place to find software development help for any company just starting out.

Understanding ERP Modules (and How They Affect Your Business)

What Phase of the Startup Lifecycle Is Your Company In – And Why Does It Matter?