How Software Development Will Fuel The Growth of Smart Cities

An enhanced way of living Over the last few years, conversations about smart cities have become increasingly frequent among tech enthusiasts. That’s hardly a surprise.... 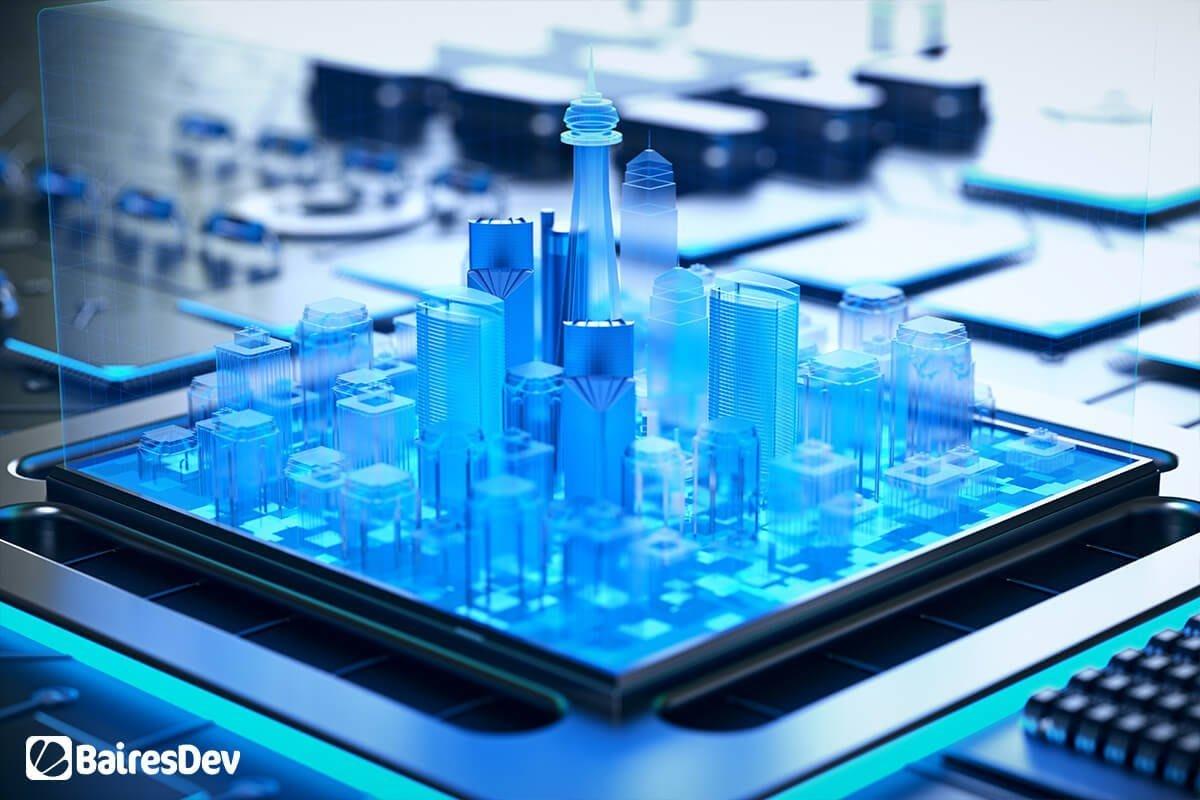 An enhanced way of living

Over the last few years, conversations about smart cities have become increasingly frequent among tech enthusiasts. That’s hardly a surprise. We have been imagining the cities of the future forever. What’s different now is that we have the technological knowledge and know-how to turn that future vision into a reality.

Naturally, we aren’t talking about a Jetsons-like city with flying cars and homes over the clouds. We’re talking about cities that are very similar to the ones we already live in but completely enhanced with new tech developments. The idea is to use different tools and technologies such as artificial intelligence, automation and machine learning for the betterment of all citizens.

The rise of the Internet of Things is paving the way for our cities to become “smarter” and, in that context, software development will play a major role. But what does that even mean? Let’s take a look at what makes a city “smart” and what it implies for our near future.

What are smart cities?

A smart city is any city that uses digital technologies to enhance the quality of life of its citizens. Thus, information and communication technologies are at the core of the city’s redevelopment, redefining urban services such as transportation, connectivity, energy, amongst others.

In that way, any existing city can become smarter just by deploying those technologies in its current infrastructure. The goal is to create an intelligent network of connected machines that collaborate with one another in real-time, improving every resident’s quality of life.

As the world’s population keeps growing, major cities from around the world are suffering from overcrowding and the disintegration of their public services. The process to turn those cities into smart cities appears as the best solution for the issues caused by the increasing conglomerates, since it’s environmentally, socially and economically viable.

In fact, numerous actors from around the world feel that way, which shows in the projected global spending into smart city initiatives that are estimated to reach $189.5 billion by 2023.

Since smart cities will have a combination of powerful technologies at the core of their design, software development will be paramount. Creating platforms and tools capable of powering up the millions of devices that will comprise the “neural network” of a smart city will be a major challenge, as they’ll have to combine sophisticated trends like artificial intelligence, machine learning, cloud computing, and automation.

Besides, development teams will have to take the bigger picture into account, as the applications they’ll create will have a societal and environmental impact on millions of lives. That’s why software development for smart cities has to aim for these 5 major goals if they are to succeed. These are:

The primary objective of using technology across a city is to enhance the lives of the people that live in it. That can mean a lot of things. For instance, it can mean the creation of a revamped public transport system that uses self-driving vehicles powered by artificial intelligence and machine learning. The combination of both of these technologies could mean the end of traffic congestions, better routes with reduced travel times, and far more efficient commutes for people living in far off areas of the smart city.

There are many other things the technology could do to improve life in the city.  Traffic control through automated devices that are capable of reacting to accidents and jams in real-time, teachers assisted by e-learning platforms embedded in schools, improved water distribution, intelligent waste management with recycling at its core, and many other things will be possible with the development of new solutions for smart cities.

One of the biggest concerns for modern societies is the huge impact our activities are having on the environment. There’s no denying that climate change has increased the number of natural disasters around the world which are now more frequent and severe and have a major impact on our cities. Smart cities could contribute to a reduction of our impact on the environment through several efforts.

For instance, sensors located around the city could monitor chemical or pollution levels in the water and air, triggering warnings for the more contaminated areas and offering insights into what kinds of things can be done to reduce the issue (such as limiting the traffic, increasing recycling, installing new water treatments systems in the area, etc.).

Additionally, sensors could be used in parks and public spaces to ensure that plants and trees are well kept, thus protecting the green life of the smart cities. These sensors could be part of a bigger automated system that uses artificial intelligence and machine learning to monitor humidity and sunlight levels and triggers specific actions to keep the plants healthy.

Public safety control has been in vogue recently, thanks to the talks about facial recognition systems and their potential invasion of privacy. Those talks are but an example of how technology could be used to improve safety in public areas of smart cities: it shows both the beneficial aspect of it all as well as the challenges for its implementation.

Though society hasn’t reached an agreement regarding facial recognition in public spaces, the discussion still goes on. That’s because its proponents feel like this technology could be used to identify criminals and terrorists at large, while also deterring potential criminal behavior in controlled spaces. Additionally, facial recognition could be used to find missing children, elderly people and kidnapped persons in crowded spaces like train and bus stations.

That’s not all software development can create for a smart city in terms of security. Automated lighting systems and road monitoring technologies could also work in favor of the resident’s security. In fact, monitoring public spaces could be a great aid for the police, as numerous experiences from around the world have already shown.

One of the ugliest sides of living in a city is being close to industrial zones. That’s because they are often congested, noisy, and polluted. Surrounding neighborhoods are often neglected because of these factors, which leads to underdeveloped areas that represent true stains in the fabric of cities. Additionally, several industries have a huge energy and water consumption while also having to dispose of unwanted by-products of their processes.

All of that can be optimized with the aid of technology. The use of renewable energy and power stabilization systems could contribute to the efficient use of electric energy. Dedicated software could take a look at real-time data, analyzing consumption flows and anticipating high demands for the industries to be prepared and use energy efficiently.

Besides, technology could be used across several industries to intelligently manage water supply in the same way it could do with energy. Add to that the installation of smart air conditioning systems and treatment plants for waste and you’ll see a smarter industry growing up. Finally, the use of smart systems for logistics could reduce the amount of traffic, maximizing the fleet’s efficiency while reducing its impact on the surrounding areas.

5. Collaborating between cities, regions, and countries

There was always an underlying promise in all tech development – the creation of a better world. Smart cities certainly hold that promise at its core, not just for their citizens but for the whole planet as well. That’s because smart software used in these cities could connect to similar applications in other cities, regions and even countries for shared goals.

Sharing important data and platforms could lead to the development of regions that exceed the smart city’s boundaries, resulting in a better quality of life for everyone involved. There could be increased security in wider regions, and an increased limit of the environmental impact of human activity across countries, and new business opportunities for large portions of society.

Smarter cities and the technological solutions used in them can undeniably lead to a more interconnected world with an enhanced standard of living.

The smart cities of tomorrow are being built today and software development is helping create the digital foundations to make them possible. Intelligent systems that can aid in numerous aspects of our daily lives will be essential for the sophistication of our cities and the improvement of societal life. Of course, this means that software development itself has to become more intelligent, as the products it creates will have a direct impact on how we live in our cities and towns.

There are several experiences across the world being tested right now. And while these are isolated efforts that are focusing on specific technologies (driverless transportation, security through face recognition, e-learning platforms in schools), the future where they all converge in smarter cities isn’t far away.