Why Wearables Might Be Critical Tech For The Near Future

Instead of being a huge revolution or something that just faded out, wearable devices got stuck somewhere in the middle.

Senior Engagement Manager Robert Butler helps foster positive relationships between BairesDev and clients while working with teams across the company. 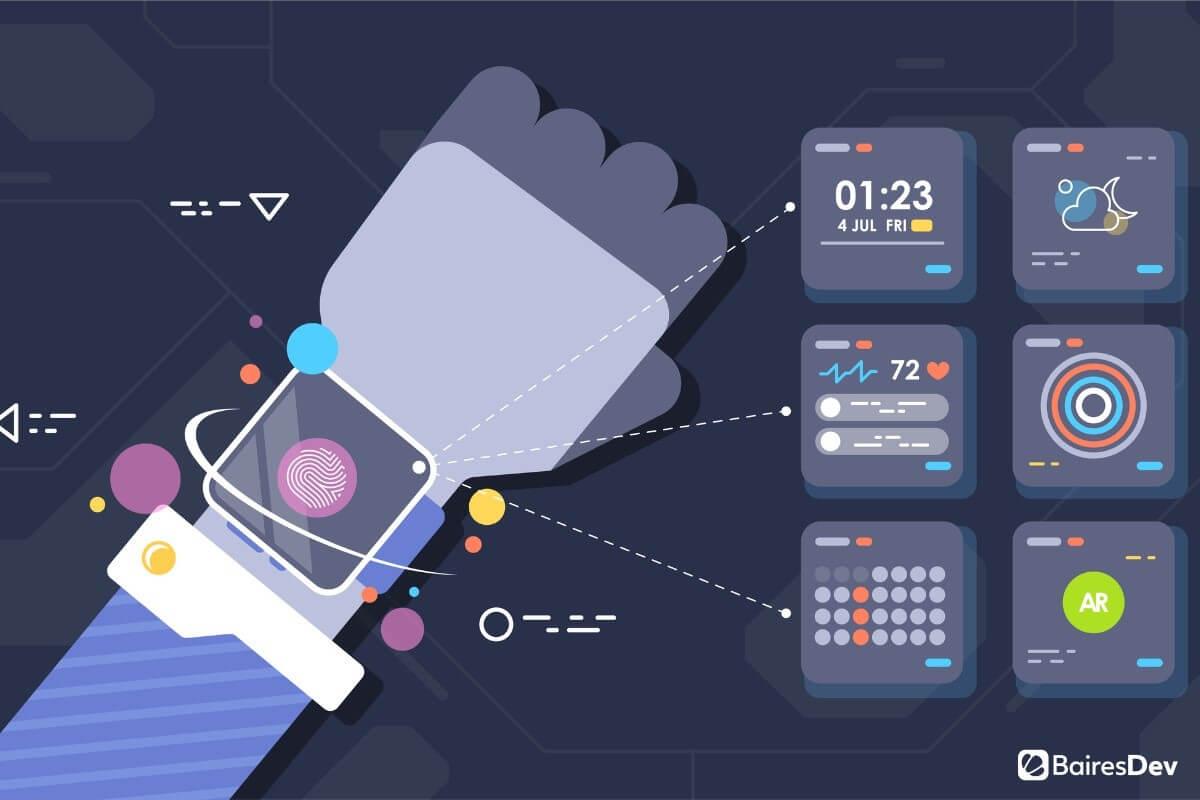 Instead of being a huge revolution or something that just faded out, wearable devices got stuck somewhere in the middle. Useful enough to have a user penetration of 5.9% in 2020 but not revolutionary enough to aim for greatness. Thus, wearables feel like something that would only appeal to tech enthusiasts. It’s hard to argue that by numbers. But there’s something underneath it all that might point to how wearable technology could be critical in the future. Let me explain.

More Than Just an Accessory

Though Apple didn’t invent wearable technology, they certainly capitalized on the previous efforts to the point where a lot of people believe they did develop it. That’s thanks to its privileged position as a vanguardist company and its powerful marketing machine. Both of those things conspired to a certain extent for the market to see wearable devices in the same way Apple did.

So, when the Apple Watch hit the market in 2015, it marketed it as something akin to a smart jewel. The Watch could run apps and display notifications, but it certainly felt more like something to dazzle the eye (of its users and everyone around them). Its first users quickly pointed out that the Watch was somewhat confusing and uncomfortable, but the fitness aspect had potential.

Apple took note and decided to take the Watch towards a more health-centered direction in its second iteration. This seemingly sales-related change paved the way for a more significant shift in philosophy – wearables didn’t have to be smartphones in a different shape. They could be something else, providing a value that smartphones wouldn’t be able to offer. In that seminal moment, wearables started to veer off from being an accessory and started getting a life of their own.

Today, we have several brands with exciting products in the wearable category, from Fitbit and Garmin to Samsung and Montblanc. Yet, even with a healthy ecosystem, wearables can still be much more. The smart headphones that now plague the market can become so much more than just “headphones with a voice-activated assistant.” There’s a lot of potential for wearable devices, to a point where some people say that they might replace the smartphone altogether. I don’t know about that, but it certainly feels as if wearables are called to be more ubiquitous in the future, beyond being a nice accessory.

The underlying value of wearable devices is something that a lot of people are missing. While brands have pivoted and are trying to further develop wearable technology as a technology with a value of its own, users are still trapped in the old way of seeing it. That’s truly a shame, as there are outstanding advantages to using wearables over smartphones in several things.

That rings most true when talking about health. As the Coronavirus pandemic has shown us, wearables have a lot of room in our everyday lives. They allow us to know how we’re doing, healthwise, without a visit to the doctor. They let us remotely monitor our elderly to assist them in case of need. They can even push us to go out and do something for our health, through carefully designed plans tailor-made.

All of that has a lot of potential in a world where social distancing and remote life will become more critical than ever. There are already wearable devices to conduct payments or accessories that serve to open doors, helping us minimize the amount of surface we touch. What’s more – wearable devices could also be used to enforce social distancing measures in private businesses and public institutions.

Putting privacy concerns aside, wearable devices could also be of great help to gather data to track diseases and better contain them. Coupled with AI algorithms, any outbreak could be quickly squashed before it gets out of hand, simply because the wearable could trigger alerts on vital signs and raise warnings in those near infected individuals.

Naturally, there’s a lot to be done to get to a future where wearable devices are critical to help prevent a new pandemic. First and foremost, we still have to define what the post-Coronavirus world will look like. Then, we have to think about the privacy concerns surrounding wearable technology and data collection. And then we have to start working with people to stop seeing them as cute “toys” to see how valuable these devices can be.

It won’t be a smooth ride. But we’ve reached a turning point where we need to reinvent our technology to serve better and protect ourselves. With the increased use of IoT devices, AI algorithms, VR and AR, and wearables, we could design a future where we have better information to tackle health crises like the one we’re living through. We can even go beyond that to completely change other daily activities, from gaming to driving.

As an offshore software development company, BairesDev is working with other companies to get us to that future. You could do your part too by simply challenging your view on wearables and imagining the things that lay beyond the mere use we give them today.