What To Do When You Lose your Project Lead

Losing a project lead can be a traumatic experience for you and your team. What can we do in this kind of situation to avoid a catastrophe? 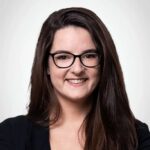 Project Leads can leave a project for any number of reasons. Sometimes life gets in the way of the project, other times we have to let them go if they don’t align with our goals. And sometimes bad luck strikes.

If you are lucky and your lead departs on good terms, they will probably stick around until you find and train a replacement. That is the best-case scenario. Other times, they might depart right away, but leave enough documentation so a new project lead can take over as soon as possible.

It’s as if each person has been assembling one piece of the puzzle and your project lead was the one that had the whole picture. New project leads will have to gather as much information as they can to get a grasp of where they’re standing.

From a management perspective, at this point, the best choice is to either appoint one of the team members as a temporary project lead or, if possible, put the project on hold. In either case, the project will probably be delayed.

Don’t make the mistake of seeing this transitional stage as a waste of time. Quite the opposite, it’s a necessary part of the process. It doesn’t matter how strong the wind is, if the captain doesn’t have a charted route the ship is not going anywhere. In other words, don’t push for development until the new leader has a clear vision.

To Hire or Not To Hire?

One of the biggest questions we have to face is if we want to hire a new project manager or lead to take on the mantle or give the responsibility to someone who’s already a part of the team.

Appointing a new lead within the team is usually the less traumatic choice. They already understand the project to some degree and the team already knows them. If they’re up to the task, then that’s the safest route to take.

As we all know, not every developer is fit to become a project lead. Leadership and communication skills are important factors to take into account. Even the best and brightest developer in a team might not have the business intelligence to manage a project (and he may not even want to).

If you choose to hire a new project lead, then your best bet is someone with plenty of experience. Project leaders who’ve already had several projects under their belt are more likely to have been in a project similar to your own.

Part of that experience is related to your own field, the more project managers understand your business the faster they can get acquainted with the nature of the project and resume development.

If you choose to hire, you will do well to look for specialized hiring consultants. Since speed is of the essence, you will benefit greatly from using a service that has pre-screened candidates. In some cases, some of these services use AI to try to find candidates for your project with amazing speed and accuracy.

While you find the replacement, what do you do?

Managing The Team in the Meantime

The time between the departure of a project lead and the appointment of a replacement is stressful for managers and product owners, and it’s twice as stressful for a team.

One of the most common mistakes higher-ups make is to clamp up. On one hand, it’s perfectly understandable that we don’t relay information if we’re uncertain of what’s going to happen. But silence is also the breeding ground for rumors.

People tend to be catastrophic, we’re biased towards thinking about the worst outcome. If we leave developers in the dark they might start thinking that the project is going to be scrapped altogether.

That uncertainty has a powerful effect on motivation and wellbeing. In fact, it can lead to more developers leaving the team preemptively or starting to look for alternatives. To prevent it, we have to act fast.

Keep a constant communication channel with developers in the meantime, keep them in the loop. And quite frankly, if they have been working together for a while, ask them outright who they think might be able to fill the role of project lead.

Many leadership academics believe that leaders aren’t born or raised, but that they emerge in complex circumstances. Such theories argue that there isn’t a core set of abilities that all leaders share, but rather that context defines what abilities leaders need to succeed.

So, perhaps a person isn’t particularly interested in being a project manager, but they have quite a lot of experience with similar projects and the disposition to teach others. They may be able to fill the role in the meantime.

Besides, who better to lead a group than someone who has been chosen by the group itself, someone they’re willing to put their trust on?

It’s painful to say, but during the diagnostics stage, you might realize that there’s very little in the project that can be salvaged. That goes beyond the scope of this article, but let’s just say that sometimes you have to know when to pull the plug.

On the other hand, if the project is going strong and you find a new project lead, then you have to remember that you’re entering a transitional stage. At this point, your new lead will want to go over the project, see where it’s standing, and have a clear grasp of the situation before beginning production.

This process can be extremely fast or painfully slow, depending on the scope of the project and the experience of the lead. Handling a small-scale project is very different from dealing with a multi-level project with millions of lines of code.

We also have to take into account that with a new lead the team will have to match a new tempo and adapt to new leadership. Sometimes the process can be smooth, other times it can give rise to conflict, especially when the team has a contrasting style to the new project lead.

Our biggest role at this point is to facilitate the process, first by finding the right person that aligns with the team’s current tempo, and then by giving the project the space and time needed to adapt.

With enough patience and care, any project, no matter how dire, can become something incredible.