6 Signs to Look For When Hiring Web Developers

Avoid profiling based on tasks and skills while ignoring aptitudes. 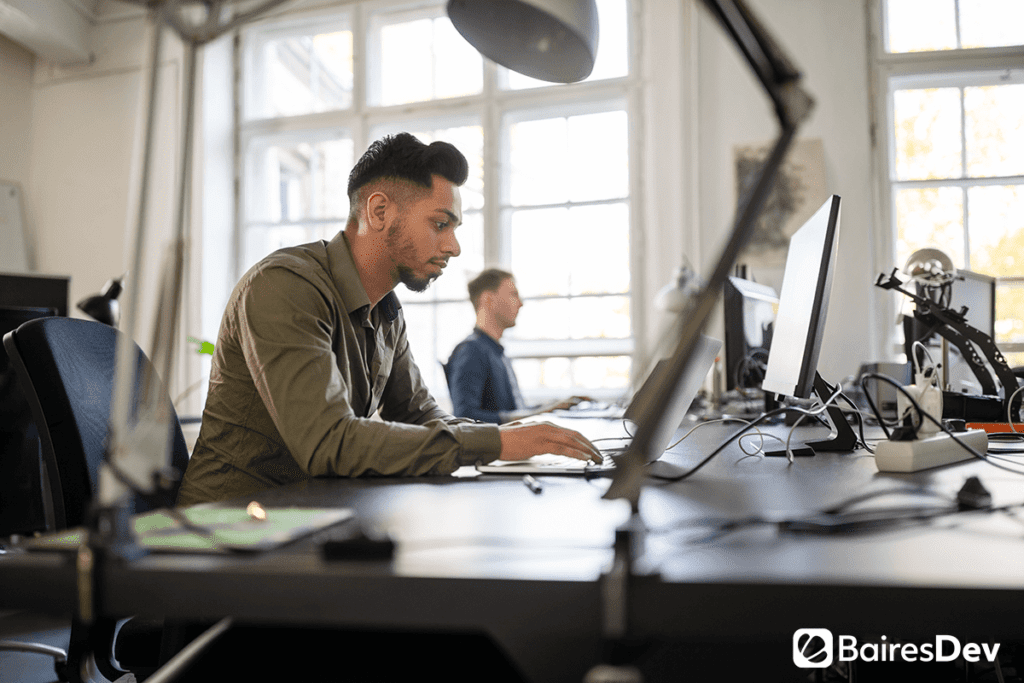 It bears without saying, but staffing is a complex and time-consuming process that, when done improperly, can cause problems down the line. Hiring the wrong person is a costly mistake that can set a project back for months. One of the most common mistakes companies make when hiring is basing their decisions on the resume alone. While experience is important, it rarely paints a full picture of the potential candidate.

Web development is a tricky position to fill for 2 reasons. First, the title itself means different things for different people. One candidate can call themselves a web developer having worked exclusively with Ruby, while another may have done simple work with HTML and Vue.js.

The second reason is that no two web development projects are alike, and depending on the scale and complexity the web developer is going to need a particular set of skills. A project that requires someone to provide Drupal development services is very different from another one that aims to integrate the web side of things with Python-based machine learning.

The first step for the company is to have a very clear understanding of the role their web developer is going to play. It’s possible to get there by asking questions like:

With a clear image of the project, the company can then build a profile for the kind of web developer they need. And here is where a lot of companies make their second mistake: profiling based on tasks and skills instead of aptitudes. To prevent that, here are some keys to hire web developers.

1. Focus on flexibility and adaptability

The question a recruiter should rarely ask in an interview is “do you know Drupal?” Instead, they should go with “how do you feel about learning Drupal?”. Why? Because the first question only lets the candidate talk about their previous experience, what they learned in past jobs, or in college, while the second question lets the recruiter explore the candidate’s disposition.

Given enough time and effort, anyone can learn a language or a framework, but flexibility and versatility (key features of any web developer) are traits that are a lot harder to train. A person who shows excitement about learning and mastering new tools is someone who isn’t afraid of change or working outside their comfort zone.

Problem-solving is another vital skill for a developer. Google is rather famous for asking weird questions to their candidates to get a feel about how good they are at solving complex problems. Most often than not, the real answer isn’t the answer to the question itself but rather how the candidate reached the answer.

Problem solvers ask lots of questions. They like to attack problems from different angles, and will often give more than one solution to the problem at hand. Recruiters should be attentive to candidates who answer hypothetical questions or practice tests with “well, it depends”. That’s a clear sign that the candidate is thinking of at least two different paths to a solution.

3. Keep an eye out for side projects

Developers who have side projects, no matter how small they seem, often have skills that might not be apparent from their resume alone. For example, a candidate who likes drawing may have a very good grasp of image editing software, even if they haven’t done a course. Or a band player may have some basic community management skills since they run their social media accounts.

People with side projects tend to be proactive and passionate about the things they care about, those are good traits to have in a work environment. As a plus, side projects are a window to a person’s goals, desires, and interests, which should help the recruiter gauge if the candidate is a good match for the company’s culture.

A long time ago, people thought that developers were loners and introverts locked down in an office hunching over their computers all day long. That’s not the case anymore. Web development has outgrown the stereotype, and more often than not a candidate has to work with a team of fellow developers as well as other branches of the company. Which is why so many businesses are focusing on building agile teams.

Being a team player doesn’t mean that everyone has to be a natural-born leader – nor is it a matter of being an introvert or extrovert. Rather, it’s about having conflict-management skills. Recruiters should keep an eye out for people who show empathy during an interview, or who take feedback with a smile and are reflective of their own behavior.

Team players aren’t afraid to ask for feedback, clarification, or even for help during their interviews. This may seem counterintuitive at first since most tests are designed to measure their knowledge and expertise in an area. But no developer exists in a vacuum, and looking for help from other people is often a sign of a sociable person who is often aware of their limitations.

Development is often a stressful job – there is a reason why so many developers experience burnout at some point in their careers. But what may seem like a strenuous challenge for someone is an exciting opportunity for another.

Positive psychology has proven time and again that resilience is a key psychological trait against burnout. Resilient people often find excitement in difficult challenges, which in turn motivates them.

Resilient people often talk about the challenges they have faced in a positive light, they also tend to be self-reflective of their responsibility, and speak about their world as if they are in control. On the contrary, low resilience candidates will often blame their context for problems, rarely take responsibility, and are often anxious when faced with difficult challenges.

If a company has other developers, especially ones that are going to be working with the web developer, they should be a part of the hiring process. No one is a better judge of character than the person who is a part of the department a potential candidate is looking to join.

HR should rely on the gut feeling of the developers. Their experience often gives them an edge that lets them pick on signals that might go unnoticed by a professional recruiter who doesn’t have a clear grasp of what a development process entails.

That is precisely the reason why so many companies rely on IT staffing services, professional IT staffers often have years of experience in the business and work alongside their contractor to find the best candidates for any kind of development job, including web developers.