A few insights on how to improve QA processes. 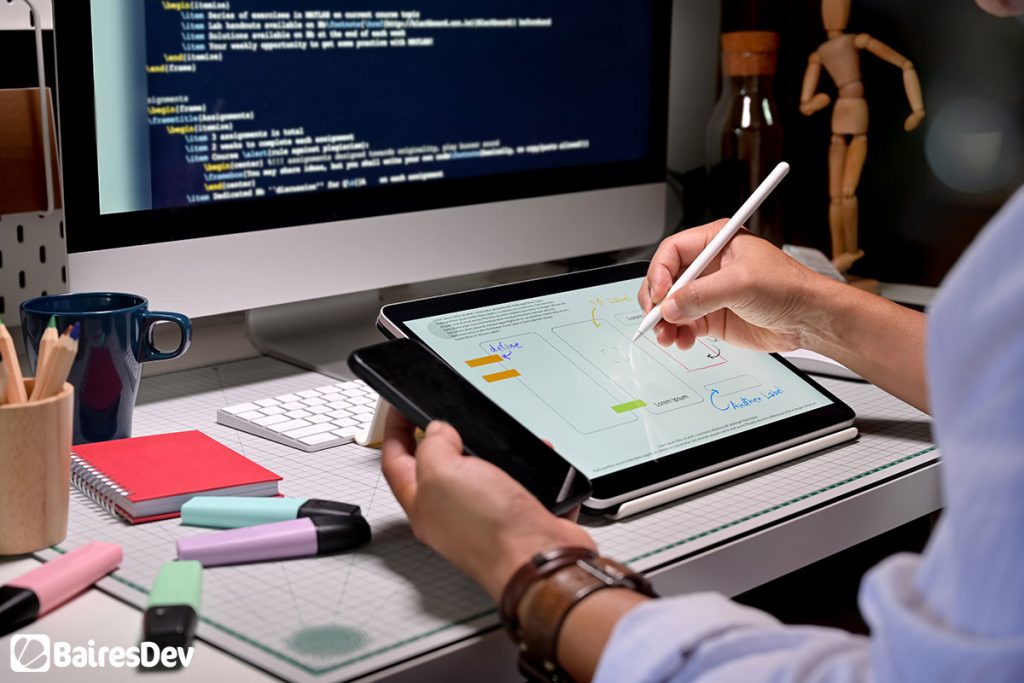 The future is clear: companies interested in competing in the modern business climate must find a way to integrate new technology into their interactions with consumers. Brands large and small are using computer software and mobile applications to find new customers, maintain relationships with current clients, and increase annual sales. However, while a great deal of attention has been paid to software development, the lack of focus on quality assurance has caused the marketplace to be cluttered with buggy applications that fail to resonate with consumers. The best development executives are using IT staff augmentation partners to improve their quality assurance processes and differentiate themselves from the competition.

The Importance of Quality Assurance in Software Development

Quality Assurance, also known as QA testing, is a vital part of the software development life cycle. While early phases focus on soliciting customer and stakeholder feedback, creating a structure for the software, and programming the code itself, the QA testing step ensures that the final software is free of bugs and works seamlessly. Savvy managers invest heavily in the QA testing stage since even the most experienced development teams inevitably make mistakes.

Software bugs can occur for a variety of reasons, including human error and simple technical glitches. Manual testers are typically brought in to serve as mock end users, testing every button and process to ensure that there are no broken pathways or major issues. In addition, a software development engineer in test is a vital resource during this stage of the process. These hyper-specialized engineers are capable of much more than testing software links–they can create automated testing programs that proactively search for errors in the software and summarize their findings in daily reports. These incredibly talented engineers can be difficult to find through traditional hiring channels, which is why even the largest tech companies continue to source these specialists through staff augmentation companies.

IT staffing services have become prominent in the software development world because they allow companies to quickly reach the hard-to-find experts necessary to consistently produce a high-quality final product. Specialists like manual testers and software development engineers in test are not needed by most companies regularly, so sourcing these consultants on an as-needed basis allows businesses to remain lean and keep their development initiatives under budget. In addition, firms often seek to bring in software security experts at this point in the development cycle, ensuring that their software is free of vulnerabilities and that their customer’s data remains secure.

Benefits of IT Staff Augmentation in QA Testing

IT staffing services have been at the forefront of the QA testing movement over the past several decades. As trusted advisors who help companies conceptualize their development projects and augment their permanent staff, these firms continually emphasize the importance of software quality. It makes no sense to spend millions to develop a piece of software that does not work properly or is saddled with bugs, two issues that prevent widespread user adoption.

One of the major problems plaguing the American technology industry is the substandard quality of much of the software being released today. The Consortium for IT Software Quality recently estimated that poor software cost U.S. companies and consumers more than $2.5 trillion in 2018 alone. The report indicated that the major contributors to these costs are finding and fixing software defects, issues with legacy software systems, human errors, and canceled projects. Two of the ways in which software managed services help manage these losses is by reducing the number and impact of human errors and by fixing software defects before they cause much damage. This is especially important since that same report found that, on average, “software developers make 100 to 150 errors for every thousand lines of code.”

By using the specialized QA engineers and testers provided by IT managed services, companies can reduce the number of errors found in completed software, boosting their reputation vis-a-vis their competitors and reducing the likelihood of a major data breach. Software developer engineers in test, in particular, understand the development cycle as a whole and use their programming knowledge to create testing programs that easily identify poorly written code and patch security vulnerabilities before hackers have the chance to capitalize on them.

While many managers view the design aspect of the software development cycle as an isolated component that should be considered at the tail end of a development project, most software could actually benefit from incorporating design considerations into every step of the process. User experience (UX) design is all about the way a piece of software functions. On the other hand, user interface (UI) design typically refers to the way a piece of software looks and feels. Hardware with excellent UI design is often referred to as “intuitive” and “beautiful.”

One of the ways in which staff augmentation companies and QA testing can impact UX and UI design is by forcing developers to think about how a particular feature is supposed to work and feel, rather than just concentrating on whether or not a particular line of code has any errors. By introducing QA testing early on, project managers can help remind their team of the intentions behind specific features, helping software engineers keep the customer and end user experience in mind during every stage of the process.

Most customer-focused businesses design tailored software for a reason: to ultimately increase sales. However, most traditional, linear software development methodologies treat the customer like an afterthought: the software is drafted, developed, and often tested without much input from the end-user. New development methodologies like Agile have sought to upend that approach by soliciting customer feedback from the earliest stages of the development cycle, ensuring that the product meets customer expectations and is not saddled with unwanted features.

However, not every company has the ability or desire to involve large numbers of end-users in every stage of the development cycle. For these businesses, manual testers and a software developer engineer in test can be incredibly valuable. These specialists are trained to view the software from the consumer’s perspective, a viewpoint that is all too often missing from traditional development initiatives. For this reason alone, all companies should consider including these QA testing specialists in their next software development cycle.