What Is Angular and Why Should Your Business Consider It for Development?

Angular is one of the most popular JavaScript frameworks. Built by Google, it is open source and allows developers to build modern applications. 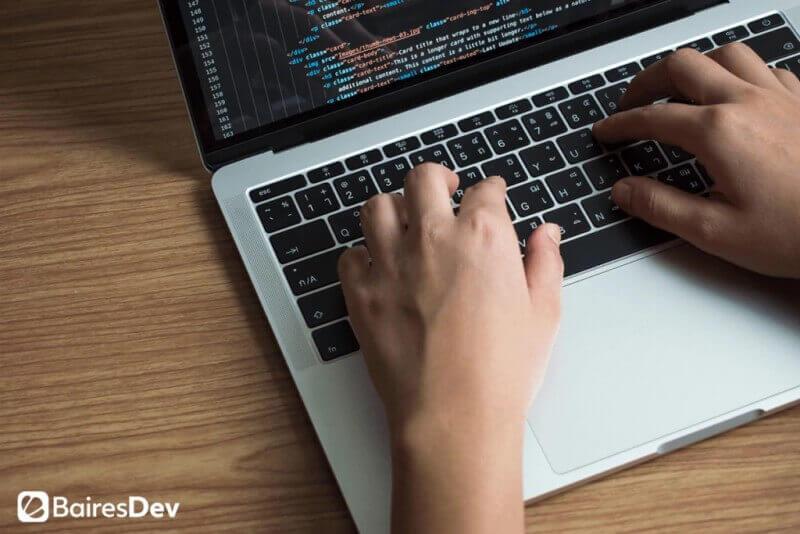 What is one of the best ways your business can leverage the modern consumer? If your answer was anything but “a mobile app” you probably need to upgrade your mindset. As of Q2 2020, mobile users account for over half of the global online traffic. The current figure stands at 51.53%. Although that’s down from the all-time high of 52.99% (registered in Q3 2017), it’s still a significant enough number to warrant your business adding mobile web apps to your current offerings.

That’s not to say you should go 100% mobile. You certainly don’t want to leave out desktop users. But ignoring the driving force for the majority of online traffic is a big mistake. So if you’re serious about growing your company, you need to add mobile into the mix.

But what does that mean exactly? It means you should be developing for all platforms.

Hold up. Wouldn’t that not only take a lot of time but use up a good amount of your IT and development budget? It would if you had to approach every platform independently. If you had to hire teams for desktop, server, and mobile application development, your budget would take a hit. So too would your bottom line. Why? Because developing independently for each platform would take time. While your teams were toiling away (separate from one another), other companies were deploying with agility and efficiency you simply couldn’t match.

What do you do? How do you overcome such a hurdle? You use a tool like Angular.

Simply put, Angular is a framework for mobile and desktop development. Angular focuses on speed and performance and is used by companies like Microsoft, Autodesk, McDonald’s, UPS, AT&T, Apple, Adobe, YouTube, Paypal, Nike, Google, and AWS – and that’s just to name a few! That’s some serious company to be in. And Angular offers serious benefits.

With Angular you gain:

But again, we ask, “What is Angular?”

Angular is one of the most popular JavaScript frameworks. Built by Google, Angular is open source and allows developers to build single-page web apps and animated menus for standard HTML web pages.

Angular was originally released in 2012 and is still in active development. Angular uses the Model-View-Controller (MVC) architecture, which consists of:

Besides giving developers an outstanding framework with which to build their single-page applications, Angular offers a few very important benefits:

Each of these benefits is invaluable to web app developers. And because they’ll enable your developers to create cross-platform, clean, and efficient applications, they’ll save your company money and time.

But that’s not all.

Angular was built with Typescript, which is an open-source programming language, created and maintained by Microsoft, that borrows heavily from JavaScript while adding optional static typing. For those that don’t know, static typed programming languages are those where variables don’t have to be defined before they are used. This allows for the quick and reliable detection of programming errors, thereby reducing the time you need to spend debugging.

Consider how much time your developers spend debugging their applications. Most developers have to budget a good amount of their time doing it. According to Corallogix, developers can spend up to 75% of their time debugging. So any opportunity you can get to save those developers’ time is a win.

Yet again, Angular finds another way to save your company time and money.

Because Angular is a framework, it makes it possible for your developers to reuse their code. Imagine your software engineers have developed a perfect set of elements used in your current mobile application. You might want to reuse those elements for the web or desktop applications or even the next iteration of the mobile app. With Angular, reusing that code is really easy.

With such consistency and reusability, your app’s time-to-market is reduced drastically and your developer’s productivity will skyrocket.

The reusability of clean code and the use of Typescript translates into an app that’s also much easier to maintain. Not only are your developers repurposing code that is clean and well written, but it’s also bug-free. And when you upgrade a version of Angular, all related packages are updated as well. That (generally) equates to nothing breaking when you migrate from one version of the framework to another.

If you’re looking to inject a new language into your development pipeline, and you’re hoping to use that language for cross-platform purposes, your business should seriously consider Angular. And if you’re unsure if your current developers are up for the task, get in touch with BairesDev. We’ll put together a team ready to help you take your mobile and web app game to the next level.

David Russo is Director of Business Development at BairesDev. With over 15 years of experience in business development within the IT industry, he helps develop and expand client, partner, and inter-office relationships while assisting with strategic decision-making.