Software developers aren’t the only ones integral to the software development lifecycle. Project managers, business analysts, and others play a critical role, too. 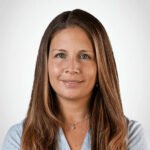 When you think about software development, you probably focus on the developers themselves — the ones who are actually building the product. But the team that builds these products isn’t limited to these fundamental professionals. A complete team includes a number of other roles, all of which are critical to strong outcomes and products.

What are these roles? Here are some of the most important members of a software development team.

The business analyst enters the process very early on, even before the software developers get down to business. They are tasked with facilitating communication and building a relationship with the client, the customer who is in need of the software project.

This position plays a critical role in bridging the gap between the needs of the client and the realities and abilities of a software development team to meet those needs. The business analyst works with both parties to gather requirements and specifications.

They will work with all team members, from the engineers to the sales representatives, to help the client meet their business goals in all respects. They will also conduct market research and hone in on the target audience for the product, carving out the market niche.

The product owner (PO) works closely with the business analyst but takes complete ownership of the product, as implied by the name. Playing a critical role on the dedicated team, they describe the ideal results to the software developers and other players. They have a deep understanding of the need for the project and how it fits into the bigger picture at the organization.

The PO is an important role on a team that uses agile methodologies, in which collaboration is fundamental.

Project managers are essential for a number of fields. They coordinate all the moving pieces of a project and essentially oversee the entire process from start to finish, keeping all the people involved on task. Just some of their many responsibilities include budgeting, setting timelines, coordinating schedules, managing risk, and handling and gathering deliverables.

Like other members of the team, the project manager’s ultimate goal is to ensure they are meeting the client’s requirements and specifications. Organization is key to the role, as is superior communication.

Here’s where creativity comes in. The user experience (UX) designer is tasked with building an experience that appeals to the end-users. This encompasses all aspects of usability and performance, such as visual appeal, sounds, navigation flow, animation, and more.

UX design is often confused with user interface (UI) design. This is for good reason — the 2 concepts do overlap. In fact, UI design is part of the overall UX design, but the reverse isn’t true — UX design isn’t under the UI category.

One key difference is that UI strictly refers to digital products and the interface itself. Moreover, while UX encompasses all aspects of the user experience, UI focuses exclusively on the look of the product, interactions between the user and the product, and the functionality of the visual design.

In smaller businesses, you’ll often see these 2 roles condensed into a single job. But sometimes, they are separated, with both professionals on the same team.

You probably know the main role of the software developer — they’re the ones who build the products themselves. However, the responsibilities and niches are a little more nuanced than that.

A full-stack developer doesn’t specifically focus on either the front- or back-end of the software and is instead responsible for multiple aspects of the product. And these are just some of the overarching development roles. Others may specialize in particular niches like mobile, web, blockchain, or AI development.

Is your product as high-quality as it possibly can be? The quality assurance (QA) specialists, including QA engineers, analysts, and testers, are there to make sure it is.

Their responsibilities aren’t simply limited to spotting bugs and asking the development team to fix them, although that’s certainly part of it. Through both manual and automated processes and tools, they assess a number of different aspects of the product, including its performance, its functionality, its usability, the loads it can tolerate, and much more.

This is an important part of the SDLC, one that shouldn’t ever be skipped. It can mean the difference between a product succeeding and failing in the market. QA specialists should be the ones to spot any problems before your users do.

Individual software development teams may have other roles, but these are generally the foundation for solid and high-quality software creation. If you’re considering outsourcing your product’s development to an outside team, or if you’re looking to build an in-house team, then be sure to understand the critical responsibilities that go into the process.