What is Ruby On Rails?

Most commonly known as RoR or just “Rails”, Ruby On Rails is an open-source Model View Controller (MVC) framework used for web application development. Unsurprisingly enough, it is written in Ruby, one of the most popular programming languages in the world. Since its introduction in 2004, RoR has stood out for being an extremely powerful object-oriented framework, and for facilitating data safety, tool integration, and innovative designs.

Ruby On Rails is great for building:

Are Ruby developers in demand?

Absolutely! Below are only a few of the many reasons that Ruby development companies continue having demand for Ruby developers.

A RoR company will make use of the Ruby on Rails framework to simplify repetitive tasks, which allows quicker development and is designed to fit a customer’s specific needs. When working with a Ruby on Rails development company, the hired Ruby developers will have experience with other frameworks as well.

Since RoR is one of the most stable frameworks in the market, it is usually is the ideal choice for more complex and long-term projects. A top Ruby development company is able to provide an efficient and high-performing software infrastructure as this could be said to be the most productive way to build web applications.

Ruby is now what holds together many web applications and services for companies worldwide, which can range from startups to leading Fortune 500 companies. Many organizations decide to hire a Ruby on Rails development company or work with Ruby developers due to the simplicity of development, cost-effectiveness, and increased optimization.

What’s so great about Ruby On Rails Development? 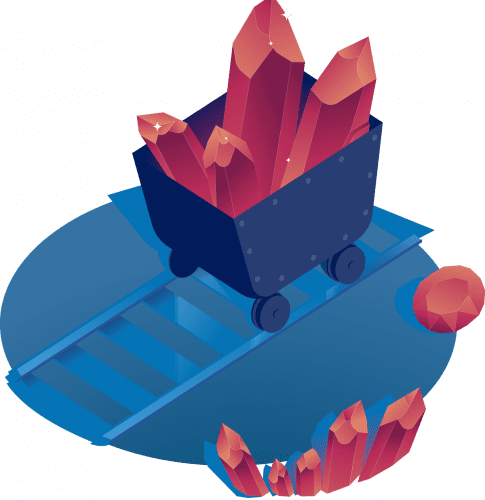 Well, it’s great that you asked!  With so many programming languages and frameworks on the market today, it is hard to choose the one that matches your purpose.

Here are 5 reasons why Ruby On Rails Development is still going strong after almost two decades.

A Dedicated Team is an expert autonomous team that works autonomously and rapidly delivers value to your RoR project.

An Extended Team provides the extra talent needed to boost your projects. We allocate staff on-demand based on the requirements of your RoR project.

Software Outsourcing is a full-cycle service model. Following your specifications, we will develop your RoR solution from start to finish.
Learn more about our Services

Different to many languages in the modern world of software and web development, Ruby was not developed by a single company or entity.

Ruby was created in Japan by Yukihiro Matsumoto, with the original release dating all the way back to 1993. Through this, a new language was presented that combined other popular programming languages at the time (Perl, Smalltalk, Eiffel, Ada, and Lisp). Matsumoto’s intention was to create a language that was easy to understand and allow developers to tackle more complex applications, in addition to being quicker to build scalable applications.

As an object-oriented programming language, nowadays it is correlated to the Ruby on Rails framework, which allows Ruby developers at a RoR development company to improve productivity by avoiding the normal time of production generally related to the web development cycle. It is one of the most productive ways of building an application, resulting in improved business growth. Today, the top Ruby on Rails development companies benefit from these features to deliver high-quality applications to their customers.

Why is RoR so popular?

The Ruby on Rails framework was the main component for Ruby to be considered “the best programming language” back in the year 2006. Completely revolutionizing the use of the Ruby language for the ability to simplify repetitive tasks and improve optimization processes.

This resulted in widespread adoption from big tech companies, that included it in their software development projects so their Ruby developers could provide more efficient solutions. One that continues until today, as it still is the backbone for web applications and services of many Fortune 500 companies.

Additionally, it has ongoing support from the community and is still considered a go-to choice for many developers worldwide due to the ease of use in deploying web applications

What is the difference between Ruby and RoR?

It is important to highlight the differences between each, as they may seem similar but are very different when it comes to software and web development. Ruby is an object-oriented programming language, while Ruby on Rails is a framework that was programmed using the Ruby language. Ruby was programmed in C language and is known to develop web applications more quickly.

On the other hand, RoR is a framework programmed in the Ruby language and built on the Model View Controller (MVC) system. Capable of supporting robust structures for the deployment of web services, databases, and web pages.

In essence, Ruby on Rails gave the Ruby language a needed boost to reach the status it has today. It facilitated tasks for the development and maintenance of web applications. Currently considered as one of the most popular web development frameworks, known for being more secure than the Ruby language it was originally programmed in.

Kotlin is a cross-platform programming language used by many companies to develop Android applications. Often

Get ready. We are here to drive your digital transformation and take it to the next level.