The Future of QA Testing 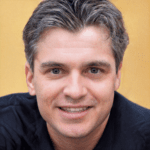 Although sometimes overlooked during the software development lifecycle (SDLC), quality assurance (QA) is a vital component of producing well-functioning, user-friendly, and highly regarded software. But, as with many technical roles, it’s never a static process. Just like software development itself, QA testing is ever-changing, so it’s only natural that the practice will change in the coming years.

What does the future of QA testing look like? Here are our predictions for the rest of 2020 and beyond.

An Emphasis on the End-User

QA testing is a broad umbrella concept that encompasses many different procedures that are intended to ensure the overall quality of a product. One important type of testing is that of usability and user experience. Because the goal of any software is ultimately to satisfy the needs of the consumer, this is an important part of the QA process.

User experience can translate into stronger or weaker sales and affect your entire business. That’s why QA testers will prioritize it in years to come. Additionally, they will seek to better understand user behavior and ensure that the software developers are taking it into account from the early stages of development and throughout the SDLC.

A Focus on DevOps and Agile Methodologies

Many software development companies and teams are adopting DevOps and Agile methodologies to facilitate a more collaborative approach to the SDLC. Both these mindsets focus first and foremost on the quality of products. This is true across roles, not solely within the QA department.

Some QA professionals may fear that their roles will become obsolete, particularly as automation becomes the norm. With everyone focused on quality, what special skills do the testers bring to the table?

Rather than wondering how they fit in, QA testers will have the opportunity to better define their roles. In the future, they’ll likely be more integral to the entire process, rather than coming in at the end to catch bugs. They’ll be involved early on, working with the software developers from the very beginning of the process. Meanwhile, software developers, too, must be concerned with quality and be able to spot defects in the initial development phase, too.

All organizations want a quick turnaround when it comes to software development. This is true whether they have outsourced their services to an external provider or are having their products built in-house. After all, reducing time to market is critical for the success of the product. You don’t want your competition to gain an edge by beating you to the punch or for your software to be outdated before you even launch it.

At the same time, the development can’t sacrifice quality in pursuit of fast service. The QA team plays a critical role in ensuring that bugs don’t fall through the cracks due to quick development. In the future, they will need to find a way of balancing speed with diligence.

Automation will be part of the formula, but, as we’ll explore in further depth below, not all testing can or should be automated. QA testers will also need to be versed in technologies, such as test management tools. Adopting an Agile mentality can facilitate a speedier turnaround, too.

Risk-Based Security called 2019 the “worst year on record” in terms of security breaches. These and other security issues don’t only impact the success of your product but also influence the perception and reputation of your brand as a whole.

Increasingly, QA testers will be tasked with rigorously assessing the security of the products they work on. Fair or not, the onus of security issues often falls to these specialists. They will need to perform testing to identify vulnerabilities before the product is launched.

Because of all the changes occurring in the worlds of software development and QA testing, the role of the QA team is evolving, with the gap in the responsibilities of the developer and the tester lessening. Some companies are doing away with QA specialists entirely and relegating their duties to the software developers.

This, however, is a risky and ill-advised move. The areas in the SDLC are distinct, and each demands a specialized and unique skillset. If the developers are tasked with performing quality assurance, they may place less emphasis on this process, too, since their priority will be building the product.

Instead, as the nature of testing changes, we will see increased specialization. QA professionals will find niches, such as automation, performance engineering, product engineering, security, and more.

Increased automation of testing also poses a threat to the role of the QA tester. However, even as automation gains popularity and speeds up the software development process, particularly as businesses adopt Agile and DevOps practices, it is unlikely to eliminate the need for human testers.

Manual testing is important for evaluating the user experience, for example — something a machine is not capable of doing. Manual exploratory testing is necessary, too. In this type of analysis, testers “explore” the product without scripting a test case in advance.

That doesn’t mean automation won’t increase, however. Most likely, it will, especially as artificial intelligence (AI) becomes more sophisticated. But even this requires human input. Someone needs to script the test cases, after all, as well as monitor the system.

This year has been a rocky road in many ways already, and software development has faced many obstacles and changes, too. The user experience, new methodologies, security, speed, and automation are some topics we’ll see emphasized in QA testing in the future, but much depends on external factors.

As we move into the second half of 2020, with a global pandemic affecting every country in the world and the economy at one of the weakest points in recent history, QA testing will be impacted, just as all sectors, in ways we can hardly even imagine.

Back to Software Outsourcing

What Are IT Outsourcing Services (and Why you Need Them)