The company was recognized as Argentina’s best place to work by CompuTrabajo, the leading online job portal in Latin America. 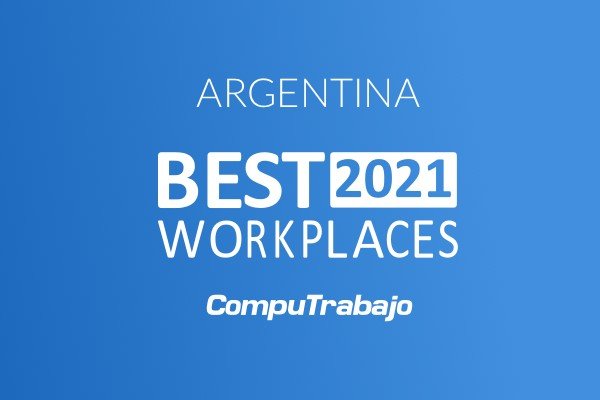 This accolade serves as a testament to BairesDev’s commitment to fostering an inclusive and supportive work environment where everyone feels respected, valued, and heard. A remote-native company that has distributed work in its DNA, BairesDev has a strong presence in Argentina, with hundreds of team members based in the country and one of the biggest BairesDev offices in the world.

“I feel extremely proud that BairesDev received such recognition” says De Marco. “It shows that we are on the right track when it comes to providing a welcoming and supportive environment for all of our amazing team members. And it’s also proof that we continue to support our people with a culture where they can be themselves, learn, grow, and thrive—and that includes providing benefits that empower, inspire, and support their varying needs.”

BairesDev was recognized with such an award after more than 400,000 reviews from CompuTrabajo users, who provided their evaluations on a multitude of companies posting job offerings in the platform. Thus, users evaluated several aspects of those companies, including work environment, career opportunities, salaries and perks, and executive leadership, especially that of the CEOs.

Companies were evaluated according to reviews posted in CompuTrabajo throughout 2020 by current and former employees. For businesses to be considered for an award, they needed to get more than 60 reviews, each of which had to comply with the above criteria.

More AI Developers Focused on Engineering the Bias Out of AI

How to work at BairesDev and provide services to the US

How to Succeed in the Long-Term Remote Environment