We Need to Talk about Phishing, the Most Popular Threat Right Now

We’re living in a world where phishing is a palpable and ubiquitous phenomenon, so it’s better if we understand what it’s all about. 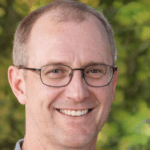 Let’s face it: It’s close to impossible that any of us would send money to a Nigerian prince in distress who emails us out of the blue. Yet, people still fall for similar attacks, even when we’ve come a long way from a time when they had a chance to work. How come? Well, it surely helps that those phishing attempts have evolved into highly sophisticated attacks.

That’s so true, that phishing has now become one of the most successful and popular hacking techniques out there. In fact, the FBI’s Internet Crime Complaint Center (IC3) has found that phishing attacks were the most common type of cybercrime during 2020, a trend that doesn’t seem to be declining any time soon.

So, since we’re living in a world where phishing is a palpable and ubiquitous phenomenon, it’s better if we understand what it’s all about, why it’s so popular, and what you can do to reduce the risk of falling victim to it.

As you can imagine, “phishing” comes from “fishing,” as the attack basically consists of using bait to catch prey. A more formal definition of phishing would say that it’s a technique through which malicious actors try to acquire sensitive information by using deceitful means that make them appear as legitimate and reputable businesses or individuals.

The most common form of phishing comes through email. The Nigerian prince example above is one of the most widely known phishing attacks, but there are many, many others that are more sophisticated. For instance, hackers use emails to lure people into giving away their bank account information or their login data for streaming services. Naturally, there are other phishing schemes, mostly through fraudulent websites and fake phone calls.

Phishing attacks can be classified depending on how they are delivered, how sophisticated they are, or who they target. Thus, the most common types of phishing you should watch out for today include:

Why Is Phishing So Popular?

The fast increase in the number of phishing attacks throughout 2020 wasn’t a coincidence. Last year’s events substantially increased the chances of success of phishing attacks. That, in combination with long-standing psychological and technical factors, is what’s making phishing the most popular kind of attack today.

If we were to make a list of the reasons behind phishing’s popularity, we could boil them down to 3 things:

How to Avoid Phishing Attacks

There are certain actions you can take to reduce the risk of being affected by a phishing attack. However, there’s no bulletproof strategy to prevent them altogether. There’s nothing you can do to avoid becoming the target of a phishing attack, so the only thing left to do is to take the necessary precautions to reduce its likelihood or limit its impact.

To reduce the chances of being a victim of a phishing attack, you need to do the following:

Those might not be enough to prevent an attack, so you also need to know how to mitigate the impact of a successful phishing attack. Some of the things you need to do include:

As we get into the post-pandemic world, it’s clear that phishing will become an even bigger threat. More interconnected devices, more people working remotely, more false information going around, and more sophisticated malware tools will surely boost phishing attempts. The course moving forward is simple to explain but hard to execute: Basically, stay alert and in constant evolution, security-wise.